I have an online class currently running that is called HARVEST, a canvas by Robbyn's Nest. In these online classes I try to introduce a new thread or perhaps a new technique or approach to various stitches.

It was called to my attention that many of my students were not familiar with this new thread known as Pepper Pot Silk and had not used it before.  So unfamiliar, in fact, that I was asked how to open the skein and how to use the thread. I called them my Pepper Pot Silk Virgins.

Planet Earth has so many wonderful threads in their line that it is sometimes difficult to choose which to use.  In classes I tend to lean towards threads that do not have to be stranded or laid.  This wonderful thread is 100% silk and is packaged in 30 yard skeins.  It is meant to be used as it comes off the skein - no separating and no laying necessary!  Bonus-Bonus! It comes in over 180 colors - I think this is correct.  Go have a look - http://planetearthfiber.com/index.php/pepper-pot2 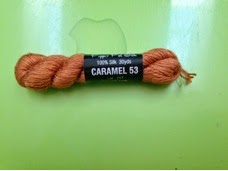 First, I remove the sleeve from the thread and set it aside.  I carefully find the thread at the end that connects the twists together and I snip that thread. 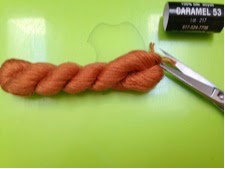 Carefully separate the two ends - which look like bunny ears. 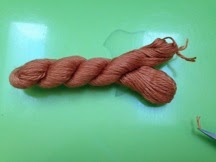 I then untwist the skein of thread - the knot is still intact. 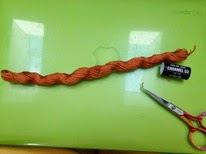 Once again, carefully separate the end (no cutting needed, just slight twist).  We again have bunny ears.  This time one end is a loop and one end has a knot. 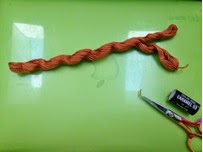 Untwist the skein.  Hold the end that has the knot in one hand and cut the opposite looped end. 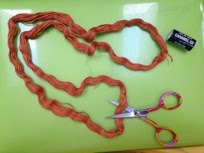 When cut there are 26 strands of thread.

Holding the knotted end, separate a single strand of thread and pull it from the bundle.

Take the sleeve and slip it back over one side of the 25 remaining strands of thread.  I take mine up to the knot area.

Next I do an overhand loose knot and store.

Now, as you may notice, this is a long strand of thread.  It is generally preferred to cut it in half again prior to stitching.

If you have not tried this thread I feel it will be well worth your effort to seek it out and give it a whirl.  I love it!

Thank you! It's a great tutorial!

Shapes of Needlepoint Series I App 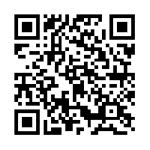 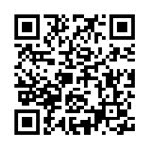